One of Kelsey’s latest positions was that of the executive assistant to Larry Flynt. For those of you who are unfamiliar with Larry Flynt, he was an American publisher and the president of Larry Flynt Publications (LFP), which mainly produced pornographic magazines such as Hustler as well as videos and Hustler TV. Flynt fought several high-profile legal battles involving the First Amendment, as you may have seen in the 1996 movie “The People vs. Larry Flynt” starring Edward Norton and Woody Harrelson as Larry Flynt. He was a stalwart champion of the First Amendment, saying “If the First Amendment will protect a scumbag like me then it will protect all of you, because I’m the worst.” Flynt was paralyzed from the waist down due to injuries sustained in a 1978 assassination attempt by serial killer Joseph Paul Franklin, but never let that stop him from being outspoken and aggressive in the defense of his beliefs. In February of 2021, Larry Flynt died at the age of 78, leaving behind a smut empire.

Dating Kinda Sucks is a raw, honest, and hilarious podcast that focuses on all aspects of dating, sex, and relationships, promoting a lifestyle of transparency, openness, and healthy communication as a path to happiness. It is created, edited, and produced by Sarah G. and Adam Heath Avitable. 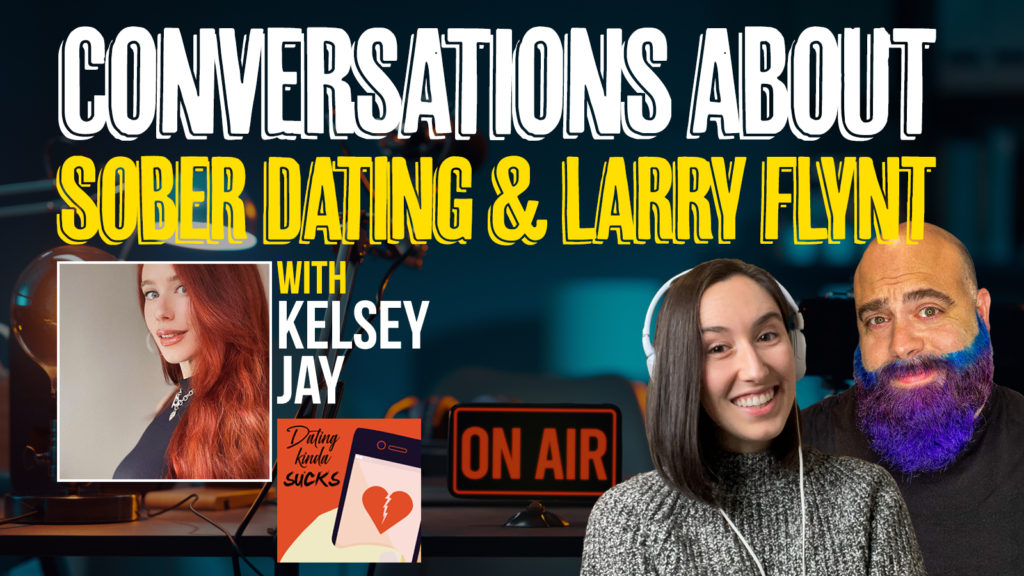