The Audacity of Men Episode Summary:

In this week’s episode of Dating Kinda Sucks, Sarah and Adam talk about the audacity of men. What is it that drives them to objectify women, mansplain, and violate boundaries on a regular basis, even unintentionally? Are there inherent behaviors and systemic beliefs that encourage and foster this behavior so that even good guys out there still act in ways that women don’t want? Will Adam go on a rant that alienates 20% of the listeners? Did Sarah have any good dates last week? You’ll have to listen to find out, and this week, you’re definitely going to learn something!
Dating Kinda Sucks is a raw, honest, and hilarious podcast that focuses on all aspects of dating, sex, and relationships, promoting a lifestyle of transparency, openness, and healthy communication as a path to happiness. Want to support DKS? Join us on Facebook at http://www.facebook.com/groups/dkspodcast or become a Patreon and get access to tons of great content, including bonus episodes every week, on our Patreon at http://www.patreon.com/dkspodcast! 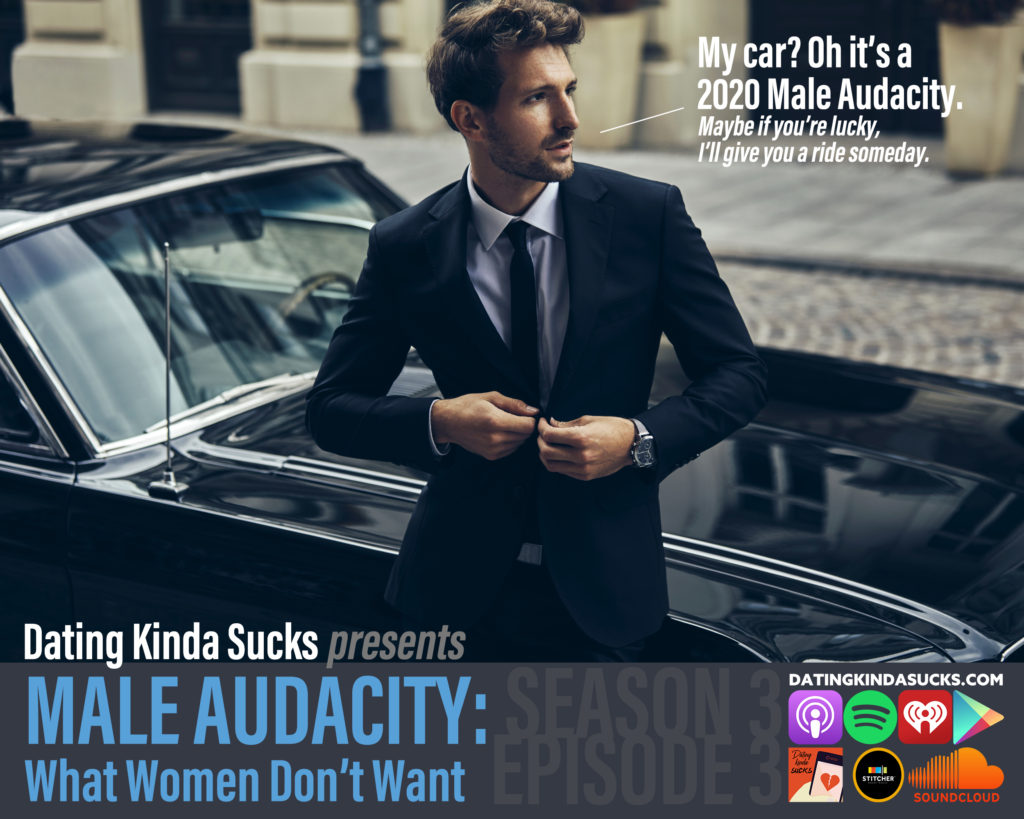 When Adam brought up the idea to talk about things women don’t want and the male audacity, I thought…why!?! We literally talk about it on every episode.

Crazy enough, one thing I realized was that hugging is something that might seem okay, but in a lot of professional instances isn’t alright at all. Some things I just never realized made women feel uncomfortable, and as a woman, that’s how far behind or blinded I was by the hugging and touching examples that were brought up during this episode.

I think we still have a long way to go as a society, but speaking up and sharing ways to improve are doing to do a lot more good than harm.

If men who listen to this episode don’t get defensive but try to learn, they might actually improve their behavior in substantial ways. The first time I thought about the forced hug, it blew my mind and was a major catalyst for shifting my behavior to recognize and appreciate boundaries and women’s agency.